Youth Conference, Breakaway… it was known by several different names, the annual arrival of high school students visiting the campus.  For a few of these events, a popular activity was the mudpit.

Tug of war over the mudpit, 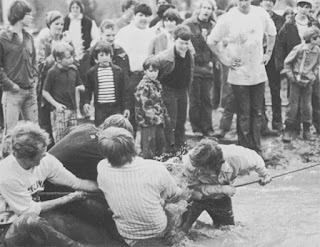 walking a balance beam over the mudpit, 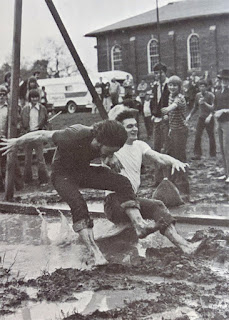 long-jumping across the mudpit – all were big hits. 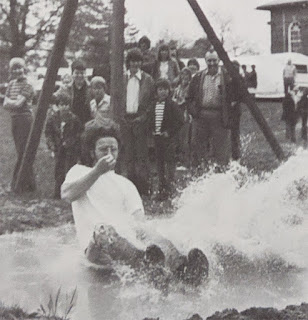 One year in the 70s, it had rained the day before the athletic field activities. So not only was the mudpit full to the brim, all the surrounding area was a slippery slide of mud. 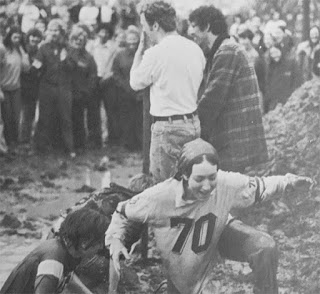 The last event of the day was a race around the athletic field.  Running in that race was Don Hotz.  Also running was the little brother of Don’s fiancée, Jackie.  As the race progressed, it came down to Don and his future brother-in-law.  As we recall Jackie saying, she knew Don was going to do his best to beat her brother, that he just had to be that competitive.

What Jackie thought about this was revealed as the two front-runners rounded the corner of the mudpit. Jackie stepped forward, and nudged Don off his feet and into the mudpit, giving her brother the win.

It was a glorious thing to see.